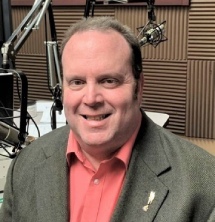 For 55 years, the annual Big Game has been the most anticipated professional sporting event for not only millions of Americans, but also football fans across the globe.

While the COVID-19 pandemic will limit the stadium capacity this year to only 22,000 fans, over 100 million people will watch the game in the United States and many more around the world.

The ability to assemble such a large number of people together is the reason why a 30 or 60 second TV commercial during the Big Game costs millions of dollars each year.

The goal of most companies who advertise during the Big Game is to drive viewers to their websites, with the goal of purchasing products or maximizing brand awareness.

With the kind of money being invested for 60 seconds of TV fame, one thing is for sure: An advertiser’s website better not go down as a result of the onslaught of traffic it will experience.

2021 will mark the 6th year that Americaneagle.com has helped a number of customers prepare for and achieve great success on the big Game Day.

A customer since 1999, WeatherTech is the leading seller and manufacturer of top quality vehicle accessories, such as floor and trunk liners, side window deflectors, mud flaps, cargo systems and much more.

In 2014, the company made the bold decision to start advertising during the Big Game. Every year, WeatherTech puts their full faith in Americaneagle.com to ensure that their website performs flawlessly.

Preparations for game day each year start more than six months in advance. One of the first objectives to accomplish is to meet with WeatherTech to discuss what the emphasis of the next TV commercial will be and consequently, what actions the company wants their website visitors to take once on the site. This is a critical aspect of preparations annually, as we will need to build and test any functionality required to meet the goals of the commercial, if it doesn’t already exist.

Work continues by making ready a series of 20+ servers featuring replication technology, in addition to utilizing a cloud based, CDN (Content Delivery Network) through a company called Akamai.

Extensive load tests are performed on the servers, with the number of website page requests far exceeding the expected amount that will come in during the game. Hundreds of landing pages containing products on popular car models are cached in the CDN for lightning fast retrieval. The servers themselves will directly handle non-cached pages, such as checkout, shopping carts and others.

A “war room” is set up each year, staffed by programmers, server specialists and other essential team members.

In addition, ecommerce functionality is carefully studied beforehand. Goal completion rates and purchasing funnels are evaluated from all devices (especially mobile) and extensive A/B testing is completed. Speed is a top priority, so load testing and caching improvements are heavily relied upon.

In addition to these preparations, the Americaneagle.com WeatherTech team publishes a “Big Game Day Checklist” that is distributed to everyone involved in the project. The checklist spells out in great detail day by day what has to be done in order to have everything ready when the ads are televised.

Each team member is given specific responsibilities to complete. The tasks involve such topics as code freezes, load testing, turning off 3rd party tools, preparations for caching, checking fire walls, activating specific servers, working with our Content Delivery Network partner, Akamai and many others.

Once game day arrives, procedures are in place to monitor traffic, load balancing and other critical aspects of website functionality. The war room team stands by ready to make any needed adjustments to ensure that the WeatherTech site performs like a champion.

To provide some perspective on what’s at stake, here are some WeatherTech fun facts about their website during the Big Game.

WeatherTech owner David MacNeil’s beloved Golden Retriever, Scout was diagnosed with a life threatening tumor on his heart. Scout was given a 1% chance to survive the illness. David and his family turned to the world renowned medical experts at the University of Wisconsin-Madison School of Veterinary Medicine for help.
The team at UW-Madison was able to administer life-saving treatment to Scout, who had himself been the star of the 2019 WeatherTech ad on Game Day.
As a way to express his gratitude to the school for all that they had done for his cherished dog, David wanted the public to know Scout’s story and ask for donations to be made to support the fine work the University was doing for animals.
Honoring Scout
WeatherTech once again turned to Americaneagle.com to build a special website honoring Scout and featuring UW-Madison School of Veterinary Medicine. Within a short period of time, our team created a brand new dynamic site that was approved by the University and fully ready to process a large volume of donations and traffic.
The 2020 WeatherTech ad featured Scout’s story and asked viewers to make a donation to the school that had made such an impact on the MacNeil’s dog. www.supportuwvetmed.org

Last year, Hard Rock was the official hotel of the Big Game and purchased a commercial that was scheduled to run just before Jennifer Lopez’s halftime performance. Hard Rock turned to Americaneagle.com as they were was concerned about their then current website and servers being able to handle the enormous amount of traffic that would take place on game day.
With less than 2 weeks lead time, our team was able to stand up the website and create forms for their sweepstakes and hotel reservation system. Americaneagle.com also organized their site content strategy and load testing, as well as the configuration of a CDN (content delivery network) to handle the massive amount of traffic.
When the tragic news broke regarding the sudden death of basketball superstar Kobe Bryant, Hard Rock made some changes to their Game Day advertisement. We worked closely with their team to make any needed adjustments to the website in order to align with the revised commercial.

When It’s All on the Line, Trust Americaneagle.com

For more than 25 years, the highly experienced and knowledgeable team at Americaneagle.com has helped our customers from a wide variety of industries succeed in the digital world.
Even if your company is not advertising during the Big Game this year, you can count on us to bring the same level of expertise and commitment to helping you accomplish your business goals.

Al Edwards is a member of our digital content team and in addition to writing for Americaneagle.com, he has created content for some of our customers’ websites spanning a wide variety of industries. A published author, Al really enjoys the creative process and producing content that is informative and valuable to our readers. In his off time, he loves U.S. history, documentaries and has a incurable passion for antique cars, particularly the Model T Ford.
More posts from this author