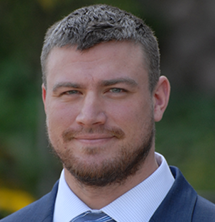 The conference was kicked off by the Head of WooCommerce, Todd Wilkens, delivering his opening keynote address to outline the recent accomplishments and milestones the platform has achieved. He also took the opportunity to highlight some big changes coming down the pipeline for the 3+ million user platform.

The showstopper statistic that surprised everyone (pleasantly) was delivered at the beginning of the address. Todd asked the crowd to guess how much money WooCommerce stores would collectively process by the time the year closes out. Most in the crowd threw out conservative estimates, $30 million here, $50 million there.  Personally, I thought I had guessed high with a guess of $500 million.

Not a person in the room was even close.

In 2017 is it estimated that WooCommerce stores will process a staggering $10 Billion in sales transactions. Todd quickly followed up, noting that even that estimate was conservative, and depending on how one interprets the data, that figure could be closer to $15 Billion.

While those figures are astounding, what I find even more impressive are the type of stores contributing to those statistics. A large majority of WooCommerce shops are small to medium sized businesses. However, due to the extensibility of the system, there are several $100M+ brands beginning to use it.

Not only are some of these brands larger, but they are doing very unique things in the eCommerce space. One such example that Todd Wilkens brought up was Central Market, a sister company for one of Texas’ largest grocery chains. Central Market is using WooCommerce to power a curb side grocery pickup service in 40 retail locations. Customers use the website to shop, purchase their items, and then pick up their purchases at the curb of the store.

Americaneagle.com implemented a robust WooCommerce powered eCom experience for one of our own clients, autobahncc.com, to offer users an event calendar and ticket purchasing system for member events.

Perhaps the most insightful takeaway from Unique Market and Autobahn Country Club is that WooCommerce is a system that is built to be modified, bent to the limits, and extended. It can therefore be a structural staple for any eCommerce system that seeks to do something unique – whether it be multi-tiered subscription based membership system, or a custom product configurator with BitCoin as a payment option.

The debut topic of WooConf that excited me the most was the advancement of “headless” solutions leveraging the WordPress REST API, WooCommerce, and JavaScript to build full-scale mobile applications.

To be blunt, between the REST API and WooCommerce, WordPress is fast emerging as the most scalable platform to build mobile applications on and native development will be hard pressed to keep up.

As of WordPress 4.7, the REST API, which is more commonly referred to by developers as WP-API, is built into the core of the CMS. It provides API endpoints for data types so that developers can manipulate, control, display and build external systems around a WordPress site remotely by transmitting JavaScript Object Notation (JSON) objects.

To take things a step further, WP-API can be used in conjunction with JavaScript libraries to extract specified data and build custom business analytics reporting tools. For example, specified user experience flow charts through a role based application:

So, what does all this mean?

For Developers: Existing systems will be highly extendable. WordPress is breaking out of its historical label as a templated CMS, and developers should look to it to build custom solutions.

For Business Owners: WordPress + WooCommerce + REST API + JavaScript = a 100% customizable eCommerce solution that can be tailored around specific business logic in order to provide a scalable website and mobile app solution.